After the disappearance of his brother, Lawrence Talbot returns to his family estate at the request of his brothers fiance, Gwen Conliffe, to join the search. Whilst searching for his brother Talbot uncovers a story of a nightmarish creature that has been killing the unsuspecting villagers. In his fight to stop the creature and find his brother Talbot finds things that he had never dreamed existed. 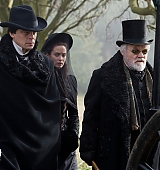 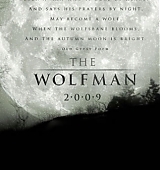 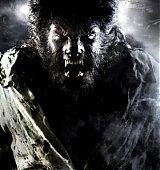 • Mark Romanek was going to direct but left the project over budget disagreements.

• When Rick Baker, who became a makeup artist because of The Wolf Man (1941), heard that this film was being made he called Universal to tell them he had to do the makeup. Universal told him that he was their one and only choice but that they didn’t have anyway of making contact with him.

• This is Benicio Del Toro’s second time playing a “wolfman”. His very first feature film role was that of a “dog-faced boy” in Pee Wee Herman’s Big Top Pee-wee (1988).