Welcome to Emily Blunt Fans, your resource for all things Emily Blunt. You may know her from movies such as The Devil Wears Prada, The Girl on The Train, Sicario, Edge of Tomorrow and many more. Emily's upcoming movies include Mary Poppins Returns, A Quiet Place and Sherlock Gnomes. Take a look at the site and we hope you enjoy your visit!
Published on In
Gallery The Adjustment Bureau

Poster for “The Adjustment Bureau”

The first poster for Universal’s The Adjustment Bureau has debuted online.

The film, in which Emily stars opposite Matt Damon is directed by George Nolfi and was originally supposed to hit theaters on July 30, was then moved to September 17 and will now arrive on March 4 2011.

I really like the look of this poster, with the black and white background contrasted with the red of Emily’s dress and the red lettering. Hopefully we’ll see more from this film and from Emily soon. 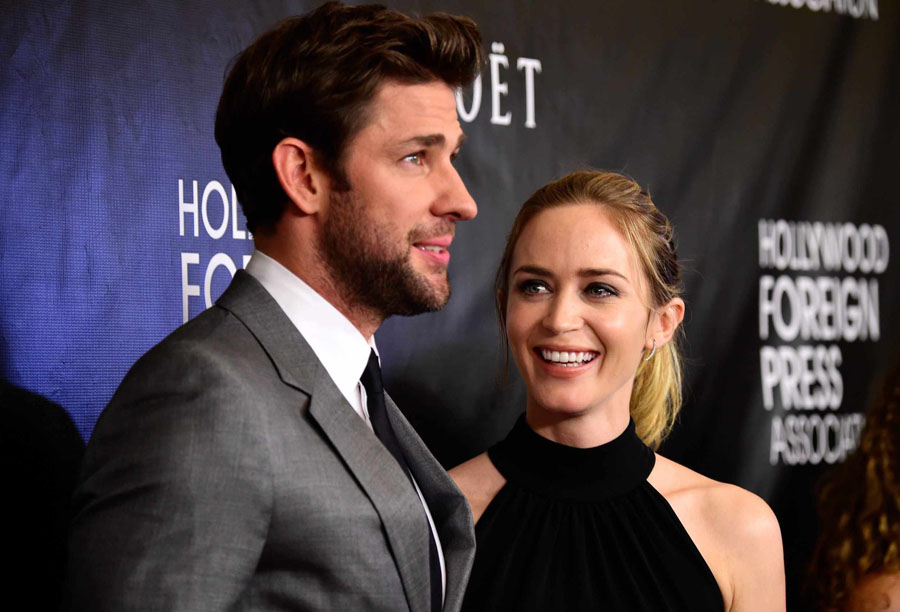